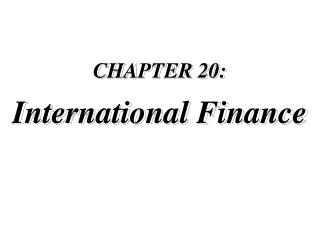 CHAPTER 20: International Finance In this Chapter we will . . . Explain what is meant by a balance of trade deficit as well as its importance. Explain why the US changed from being a lender to being a borrower in the mid-1980s.