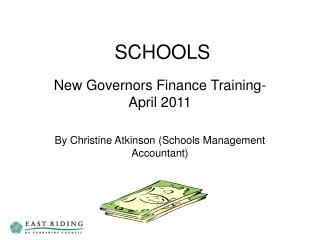 SCHOOLS. New Governors Finance Training- April 2011 By Christine Atkinson (Schools Management Accountant). Best Outcomes for our Pupils. Topics. How the Local Authority (LA) receives its money to fund schools How schools are funded by the LA Schools - To enable all students to reach high levels of achievement and to acquire the knowledge, skills, and values

Colored Schools - . by: jazmine. before black could be educated. when african americans were slaves they were not

LABORATORY SCHOOLS - . presented to : the committee on college partnership laboratory schools virginia board of