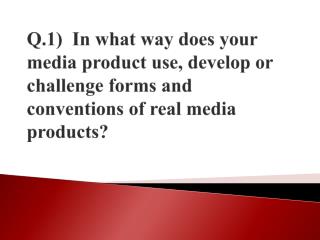 Q.1) In what way does your media product use, develop or challenge forms and conventions of real media products?.