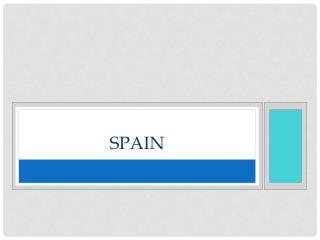 Spain . Government. Then. Now. Prime minister Only one ruler for all of Spain Freedom of religion No laws against being a religion other than Catholic . 5 different kingdoms A different King for each Kingdom Inquisition started by Isabella to find heretics