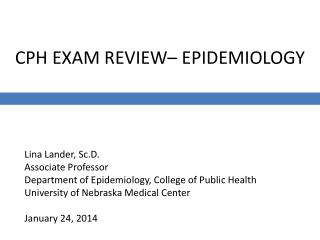 Exam 1 Review - . exam 1. a lot of you found the exam to be very difficult as evidenced by some low scores. if you did

Segment 2 Final Exam Review - . *we offer tutoring videos for the majority of the lessons in segment 2, if you need

CS 61b: Final Review - . data structures amir kamil and jack sampson. disclaimer. we have not seen the exam. we do not