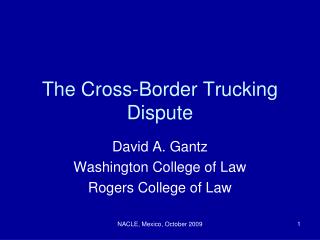 Cross-Racial and Cross-Cultural Appointments: Training Resource - . the general board of higher education and ministry

Cross-Border Employment and Global Mobility Issues in Latin America: A Closer Look at International Assignments - By: