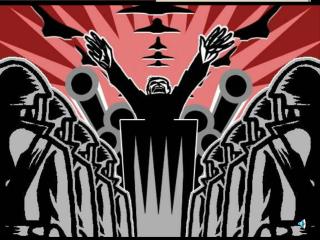 Cold War, Hot War - . the korean conflict first hot conflict in the cold war. division of the world. by 1950, the

War - Figuratively speaking…. war. all quiet on the western front. characterization. the act of creating and developing

War - . introduction. “of all the enemies to public liberty war is, perhaps, the most to be dreaded because it

WAR - . war is an organized and often prolonged conflict that is carried out by states or other types of parties wishing

WAR! - . what is it really good for?. the legendary boss!. http://www.youtube.com/watch?v=aj5cvz4pnzw. war!. when was the

War - Ppt on the war

war - . hi you probaly had an ancestors who fought in world 2. war is terrible you don’t get to see your family for

War! - . what is it good for?. the just war theory. many religious believers (christians), argue that war can be

WAR - . huh yeah. a b rief investigation into the semiotics of psychedelic soul. war, huh, yeah what is it good for

War - “war does not determine who is right - only who is left.”  bertrand russell. iran iraq. jose paulo citolin