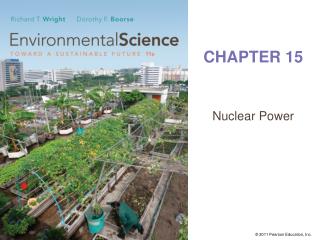 CHAPTER 15. Nuclear Power. An introduction to nuclear power. On July 16, 2007 a large earthquake struck Japan Damaged the Kashiwazaki-Kariwa nuclear power plant, the world’s largest nuclear facility Its four reactors were automatically shut down A fire started in the transformer building