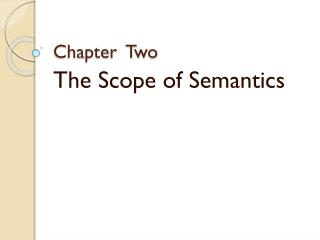 Chapter Two. The Scope of Semantics. 2.3 Sense and reference Reference deals with the relationship between the linguistic elements and the non-linguistic world of experience.