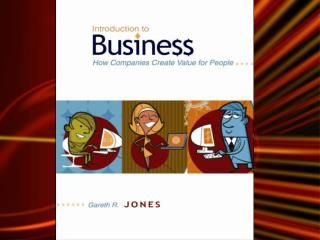 McGraw-Hill/Irwin Introduction to Business. © 2007 The McGraw-Hill Companies, Inc., All Rights Reserved. Chapter Two. The Evolution of Business. Division of Labor in a Tribe. Figure 2.1. The Emergence of the Hierarchy. Hierarchy of authority