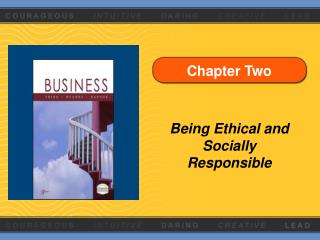 Chapter Two. Being Ethical and Socially Responsible. Business Ethics Defined. Ethics The study of right and wrong and of the morality of the choices individuals make An ethical decision is one that is “right” according to local standards of behavior Business ethics