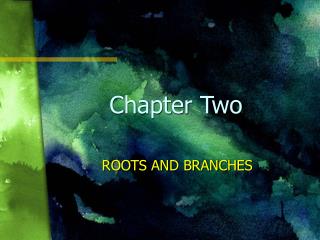 Chapter Two. ROOTS AND BRANCHES. Chapter 2. Outline. Traces the history of economic growth theory Begins with Adam Smith who started it all Shows how Smith’s theory evolved, and culminated in the Harrod-Domar model Explains why Solow rebelled against classical growth theory …