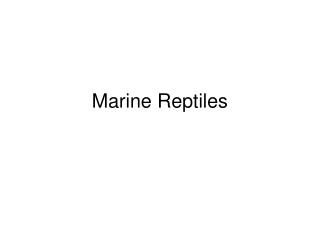 Marine Life and Adaptations to the Marine Environment - . overview. more than 250,000 identified marine species most live

The basic concepts of oceanography - . ostuni 2006, raffaella matarrese. oceanography is a multi-discipline science

Life of the Mesozoic - . chapter 12. introduction. the mesozoic era is referred to as the &quot; age of reptiles

Marine Corps League - . program for professional development board of