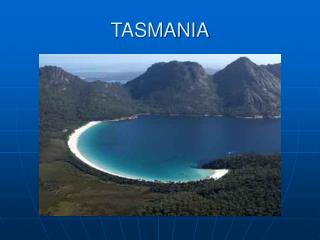 TASMANIA. Tasmania. Tasmania is an Australian island and state The state includes the island of Tasmania – the 26th largest island in the world – and the surrounding islands . . Geography.