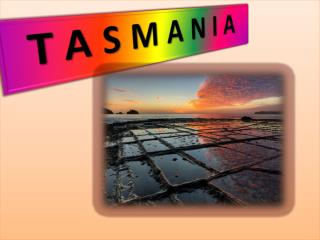 TASMANIA. LOCATION. Tasmania (abbreviated as Tas and known colloquially as " Tassie ") is an island state, part of the Commonwealth of Australia, located 240 kilometres (150 mi) to the south of the