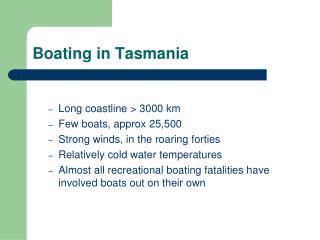 A grassroots program for the future of Yachting in Victoria - Victoria – the place to be - to go sailing &amp;

BOATING SKILLS AND SEAMANSHIP - . lesson 6 the rules we must follow. lesson objectives (1). the importance of navigation

Protecting Your Wireless Network - . university of tasmania school of computing. tonight. this is for home users those

Water Safety - . learn how to swim wear your life jacket take a boating safety class. how much do you know about water