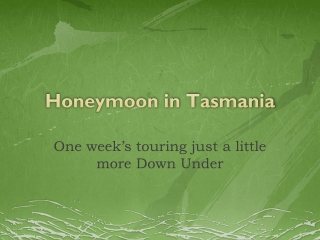 Honeymoon in Tasmania. One week’s touring just a little more Down Under. Pennyroyal Inn in Launceston. Former barracks and a quarry. Frogs a’croakin ’ in the hollow. Cataract Gorge, Launceston. Tom was thrilled to see the chairlift. I would have been happy walking. Cataract Gorge.