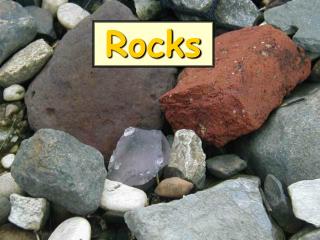 Rocks. A rock is a hard material made of one or more minerals. Or anything that when you pick it up and throw it at someone it produces the reaction: "Owww! Why did you hit me in the head with a rock?" The dictionary is no use here: