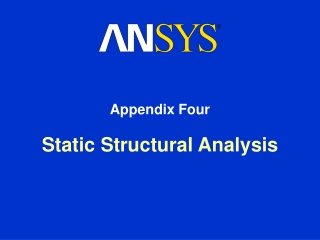 Goals of Structural Analysis Meeting - . structural analysis of 2 mechanical concepts combined with coils based on the