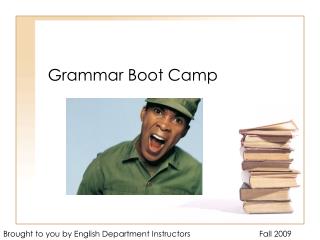 Life Boot Camp - . 5.10a #2 compare the structures and functions of different species that help them live and survive

Turn On, Boot Up, Reach Out - . free tech tools for collaboration, networking, office and outreach. contents blogs and