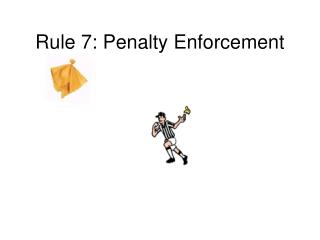 FOOTBALL RULES SUMMARY RULE 10 ENFORCEMENT OF PENALTIES - . things to consider when a foul is called:. the referee is to

NFHS Basketball 2010-11 Points of Emphasis - Rules enforcement. there appears to be continued movement away from