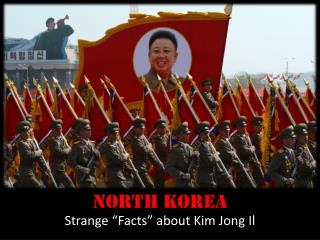 North Korea. Strange “Facts” about Kim Jong Il. He was born under a double-rainbow.