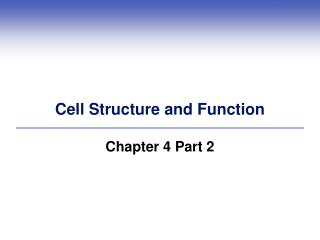 CHAPTER 7 A TOUR OF THE CELL - . section a: how we study cells 1. microscopes provide windows to the world of the cell