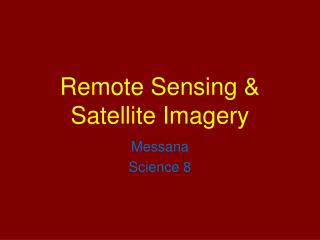 A Brief History of Satellite Remote Sensing - . from sputnik to google earth. sputnik . sputnik i launched by the soviet