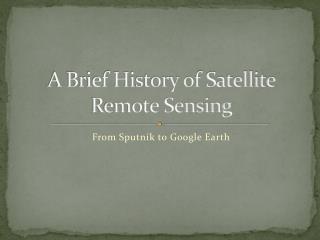 Remote Sensing &amp; Satellite Imagery - . messana science 8. warm up. what is the picture to the right? what do you