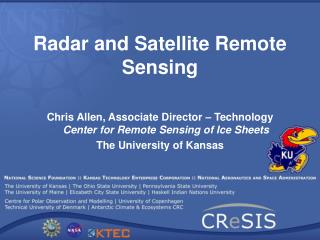 Remote Sensing in Precision Agriculture - . remote sensing. the science and art of obtaining information about an object,

Introduction &amp; History - . geo 410 dr. garver. what is remote sensing what is it used for history. the concept of

Doppler Radar - . who invented doppler radar?. it was invented by christian johann doppler, a physicist from austria, in