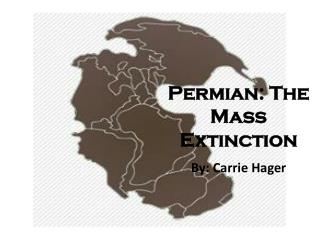 In the Jaws of Extinction - . shark awareness and conservation. what is a shark?. shark is thought to have evolved from a

Biodiversity and Extinction - . nothing is forever. natural extinctions. surprisingly enough, we know very little about

Chapter 9 Center of Mass and Linear Momentum - In this chapter we will introduce the following new concepts: -center of

Threatened and Endangered Species - . extinction. extinction is both a natural and a human mediated process there are