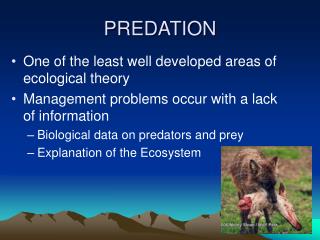 PREDATION. One of the least well developed areas of ecological theory Management problems occur with a lack of information Biological data on predators and prey Explanation of the Ecosystem. PREDATORS. Change in feeding behavior of individual predators to different prey densities