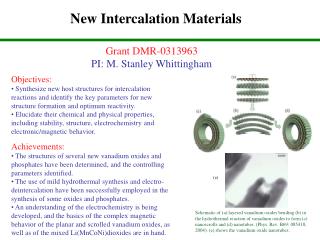 The Intercalation - . hebrews 4:12 for the word of god is living and active and sharper than any two-edged sword, and

The new materials - . jj shepstone. l.o.’s. all to be able to describe the simple properties of at least two new

Materials, New and Old - . where do the materials we use come from?. can you guess?. hint: there are three types. natural