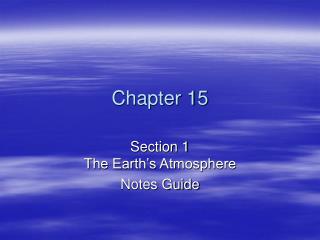 Chapter 15. Section 1 The Earth’s Atmosphere Notes Guide. Importance of the Atmosphere. Earth’s atmosphere is a thin layer of air that forms a protective covering around the planet.