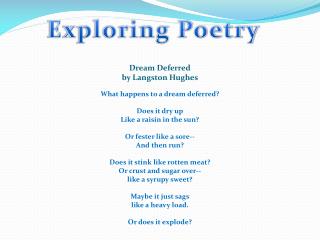 Exploring Children’s Poetry - . the poems of shel silverstein. shel’s biography. born in chicago in 1932 as shelby

Exploring Self Through Poetry - . write an instant &quot;all about me&quot;