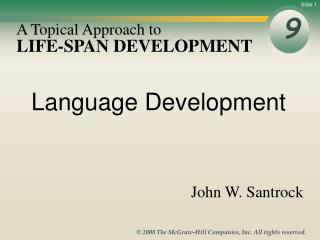 Evidence on the Development of Inequalities Across the Life-cycle - . 25 june 2009 park plaza county hall london.

Malaria Facts - . where malaria is common the average life span is 30 yoa. this is not all due to malaria but malaria and

The System Development Life Cycle - . what is an information system (is) ?. hardware, software, data, people, and

Professional Development: A Fire Chief’s Vision - . “preparing for the next level”. “professional development is

Software Development Life Cycle (SDLC) - “you’ve got to be very careful if you don’t know where you’re going,