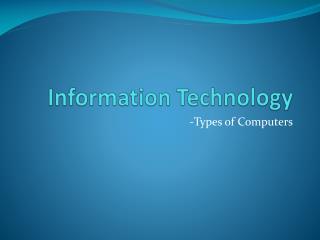 INFORMATION TECHNOLOGY - . information and data. introduction. information consists of facts and items of knowledge. it

Information Technology - . extended work-based project september 2003. session objectives. to give you a brief