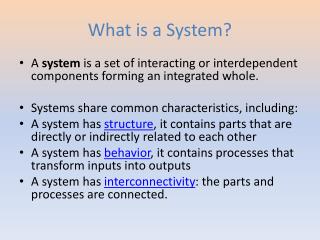 What is a System?. A system is a set of interacting or interdependent components forming an integrated whole. S ystems share common characteristics, including : A system has structure , it contains parts that are directly or indirectly related to each other DEPOSITORY SYSTEM - . this system came in to force with effect from september 20, 1995 . what is scrip based system?.

Urinary System - . mrs. atchison hs i. 4.01 remember the structures of the urinary system essential question. what are

The Respiratory System - . md 10.01 describe the structure of the respiratory system md 10.02 analyze the function of the

The Endocrine System - . chapter 18. function of the endocrine system . maintain homeostatic balance of the body