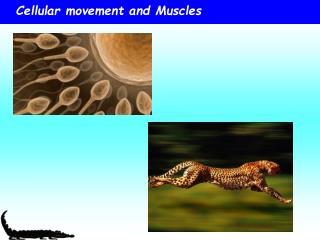 Range of Movement - . by the end of this lesson, i will be able to: understand how muscles work together to move my

Chapter 8 - . control of movement. muscles. 3 types of muscles: skeletal muscles – move us (and our bones) around;

A muscle must depend on other muscles to assist in a desired movement. For this reason muscles are called prime movers,

Muscles and Movement - . the joint. best unit representation of how the body moves. where two or more bones contact

The Muscular System - . a. interactions of skeletal muscles in the body 1. agonist a) a muscle that provides the major

Muscles - . chapter 18-2. what is a muscle?. an organ that can relax and contract to allow movement attach to bones by

MUSCLES - . muscle (from latin musculus &quot;little mouse&quot;) its function is to produce force and cause

Muscles, movement and the skeleton - . start. the skeletal system is a-maze- ing. to carry on with the pp click the red

Muscles - . what are muscles?. the “engine” that your body uses to propel itself. turn energy (atp) into motion.

Cellular Movement and Muscles - . cellular movement. movement is a property of all cells. some cells (such as this