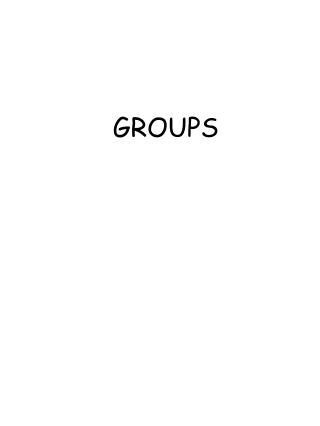 GROUPS. Terms to Know. Group: Two or more people who interact for more than a few moments, feel like a group, and who influence each other via interdependent goals/needs. Groups - . group: “two or more freely interacting individuals who share collective norms and goals and have a common

Groups - . why groups?. why have a class on groups?. why do you think i added a section on group counseling ?. b ecause

Groups : - . paraphrase race :. “napoleon called the animals together immediately and in terrible voice pronounced the