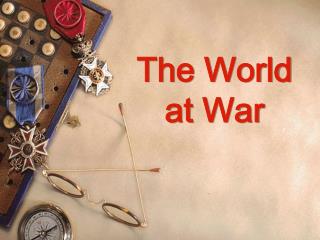 The World at War. World War I 1914-1918. “The War to End All Wars”. “…a place so terrible that a raving lunatic could never have imagined it…” Unknown. Click the mouse button or press the Space Bar to display the answer. Causes of the War. WORLD WAR I. The Great War. Long-Term Causes.