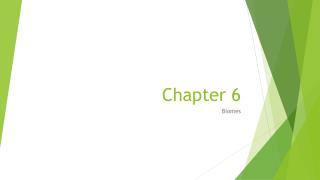 Chapter 6. Biomes. Biome. Large region characterized by a specific type of climate and certain types of plants and animal communities Each biome is made up of many individual ecosystems.