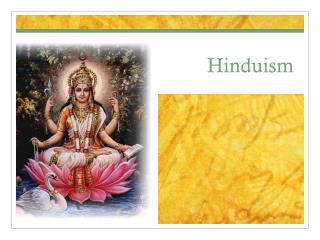 Hinduism. Origins. with no founder, organizational structure, or creed, Hinduism unites the worship of many gods with a belief in a single divine reality 2000 BCE—the discovery of the Harappa culture in the Indus River valley; Aryan migration from the northwest 1500 BCE—creation of the Vedas