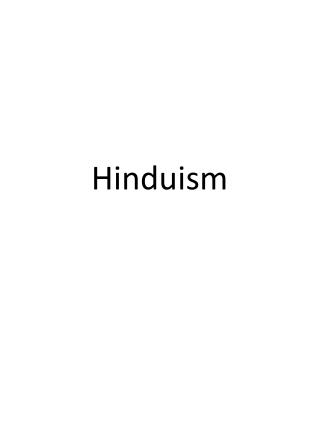 Hinduism. History and Origins of Hinduism. 1500 BCE Vedic beliefs spread through N. India by Aryan invaders The Vedas are the foremost in authority, importance and antiquity (hyms & poems)