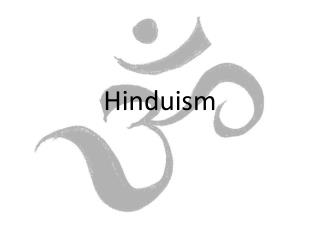 Hinduism. Origin/Founder Hinduism is a collection of religious beliefs that developed over time. Unlike other religions, Hinduism can not be traced to one founder with a single set of ideas. Basic Beliefs Reincarantion – the process of an individual soul or spirit being born again .