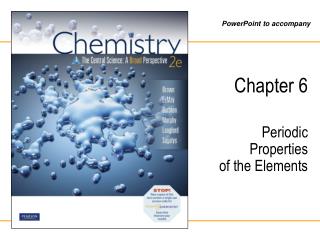 Chapter 6. Periodic Properties of the Elements. Development of the Periodic Table. Elements in the same group generally have similar chemical properties. Properties are not identical, however. O 2 gas In a gas burette. S 8 rings stack to make Orthorhombic Crystals.

Chapter 6 - . completing business messages. chapter 6 objectives. explain why revision is so important. discuss how to

Chapter 6 - . positive messages. understanding the power of business letters. still important because they do the

Chapter 6 - . transport to and from cells. functions of blood. transport of oxygen and nutrients to all cells transport