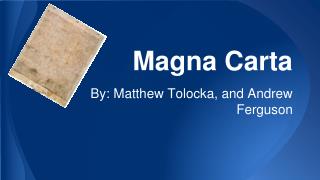 MAGNA CARTA - . 1. in the future no bailiff shall upon his own unsupported accusation place any man on trial without