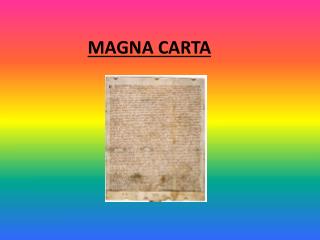 MAGNA CARTA. 1. In the future no bailiff shall upon his own unsupported accusation place any man on trial without producing credible witnesses to the truth of the accusation . 2.