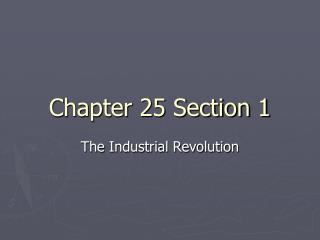 Chapter 25 Section 1 - . chapter 25 objective does american security depend upon the survival of it’s allies 25.1 how

Chapter 25, Section 1 - . nationalism in the middle

Chapter 25 section 5 - . by: autumn thomas. trade issues. balance of trades- china favored this because it mean that you

Chapter 25, Section 2 - . objective: describe the reasons for and the effects of the spanish-american war. i. rebellion

#25 Chapter 4 Section 4 - . reconstruction and its effects objective: understand the strengths and weaknesses of the

Chapter 1 –Section 1 - . government and the state. how is government defined? what are the basic powers that every