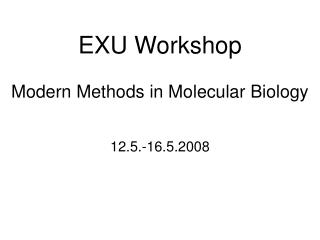 Biosequence Searching on STN - . cell biology. cell membrane: the interface to the outside world. ribosomes: the

Money Management Workshop - Objectives by the end of the learning session participants will, have: discussed the purpose