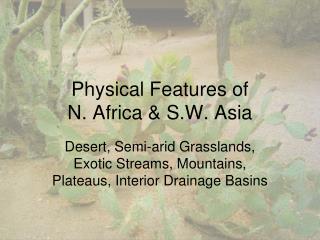 Physical FEATURES OF INDIA AND THEIR IMPACT ON INDIAN HISTORY - Introduction:- the history of a country nation or race is