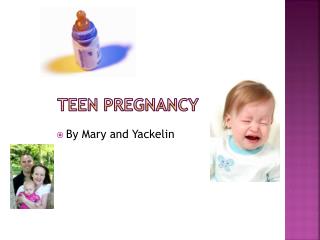 Teen Pregnancy . By Mary and Yackelin . Objectives. Teen pregnancy preventions How to deal with pregnancy Facts and statistics on pregnancy Myths vs. Facts Importance on Prevention. Did you know that?. 3 in 10 teen girls in the US will get pregnant at least once before age 20?

PREGNANCY DIAGNOSIS IN COW - . there are various methods for pregnancy diagnosis like:. managemental method ultrasond

Disciplining Students in the Teen Challenge Program - . by dave batty. lesson 1 discipline in your life. key truth : your