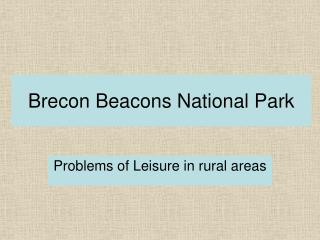 Brecon Beacons National Park. Problems of Leisure in rural areas. UK NATIONAL PARKS Over 100 million visits are made to the UK countryside each year. National Parks are large areas of scenic countryside protected by use by the public, now and in the future.