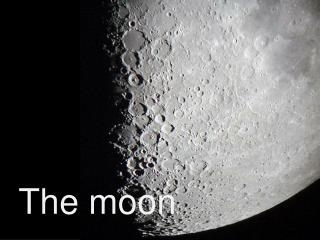 The moon. Moons. Moons rotate around their parent planet . Earth has one moon, but some planets have over 50 . Only Mercury and Venus do not have any moons. Moon Facts.